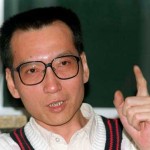 The Norwegian Nobel Committee has decided to award the Nobel Peace Prize for 2010 to Liu Xiaobo for his long and non-violent struggle for fundamental human rights in China. The Norwegian Nobel Committee has long believed that there is a close connection between human rights and peace. Such rights are a prerequisite for the “fraternity between nations” of which Alfred Nobel wrote in his will.Over the past decades, China has achieved economic advances to which history can hardly show any equal. The country now has the world’s second largest economy; hundreds of millions of people have been lifted out of poverty. Scope for political participation has also broadened.

China’s new status must entail increased responsibility. China is in breach of several international agreements to which it is a signatory, as well as of its own provisions concerning political rights. Article 35 of China’s constitution lays down that “Citizens of the People’s Republic of China enjoy freedom of speech, of the press, of assembly, of association, of procession and of demonstration”. In practice, these freedoms have proved to be distinctly curtailed for China’s citizens.

For over two decades, Liu Xiaobo has been a strong spokesman for the application of fundamental human rights also in China. He took part in the Tiananmen protests in 1989; he was a leading author behind Charter 08, the manifesto of such rights in China which was published on the 60th anniversary of the United Nations’ Universal Declaration of Human Rights, the 10th of December 2008. The following year, Liu was sentenced to eleven years in prison and two years’ deprivation of political rights for “inciting subversion of state power”. Liu has consistently maintained that the sentence violates both China’s own constitution and fundamental human rights.

The campaign to establish universal human rights also in China is being waged by many Chinese, both in China itself and abroad. Through the severe punishment meted out to him, Liu has become the foremost symbol of this wide-ranging struggle for human rights in China.